From a 45 minute ice breaker for a team meeting to a two day shared team vision workshop, LEGO® connects the wisdom of higher level human-to-human communication processes and insights through powerful brain science. These become purposeful conversations and teams engaged in a participatory way. This seemingly simple play with LEGO® bricks has unexpected and positive consequences.
Contact Carol today to set up a playdate. 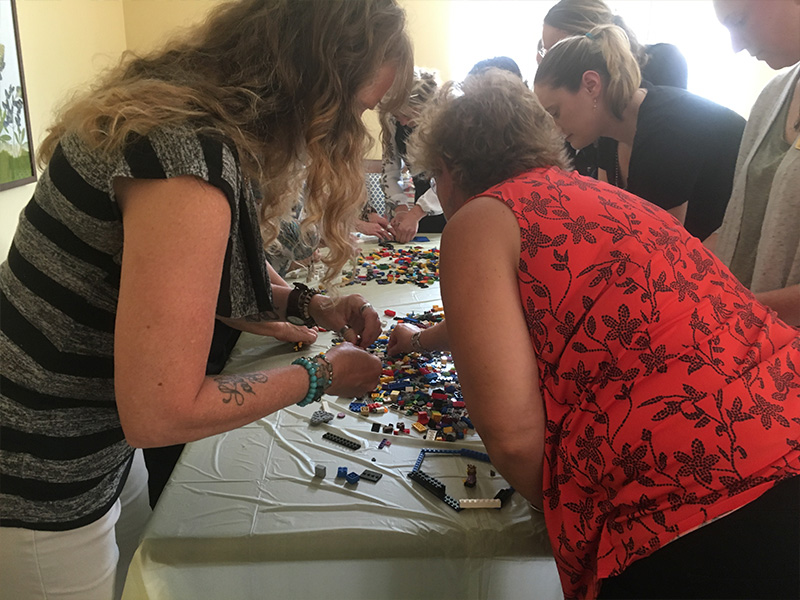 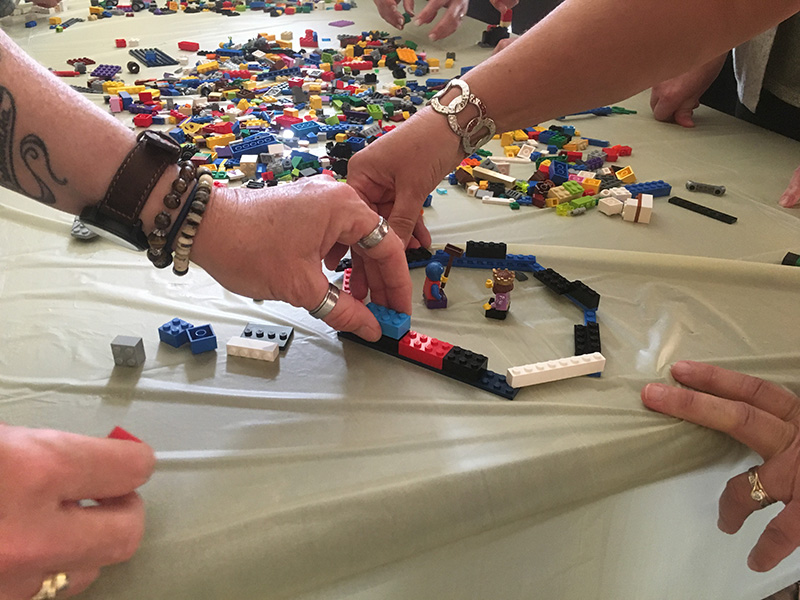 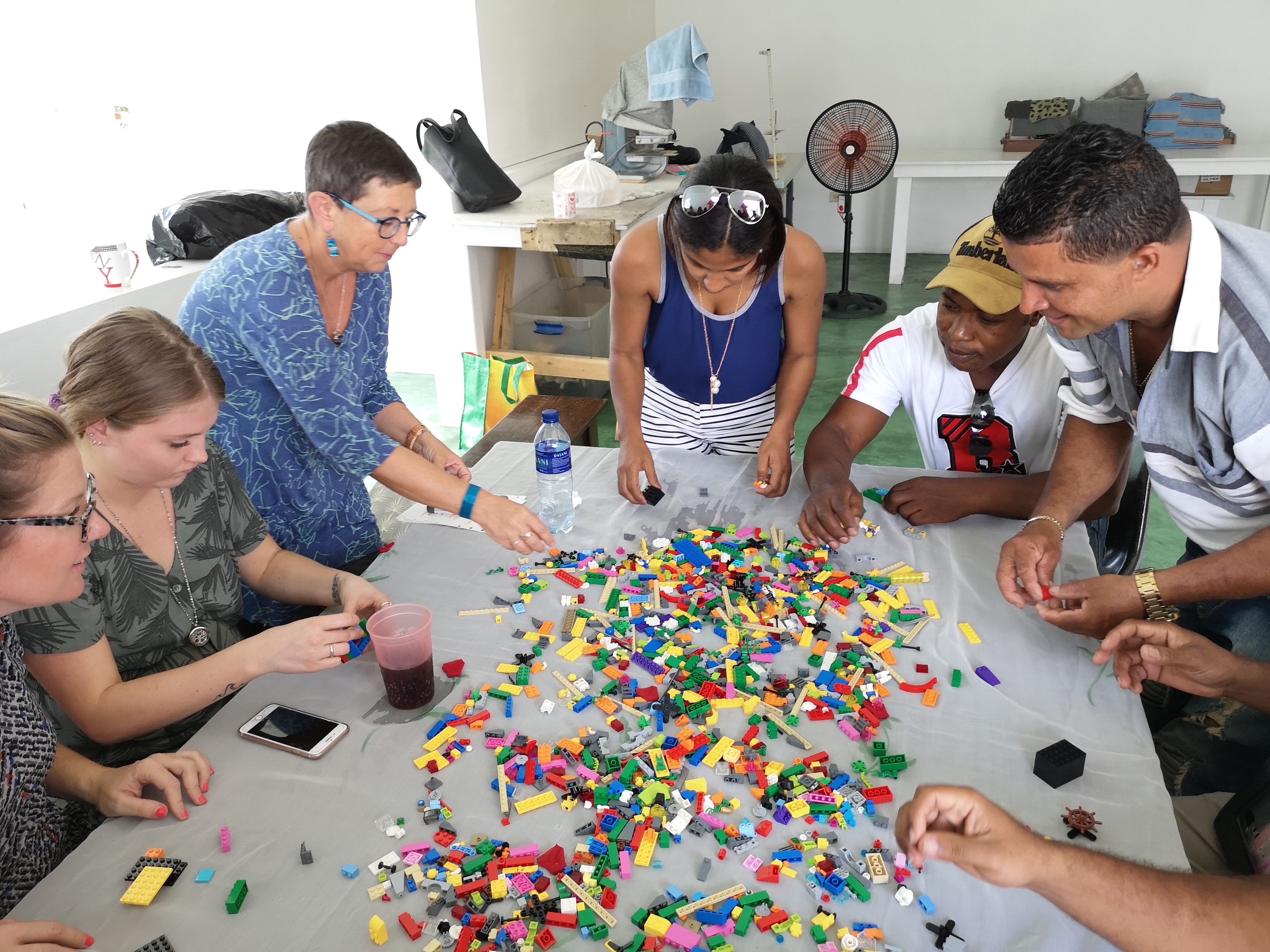 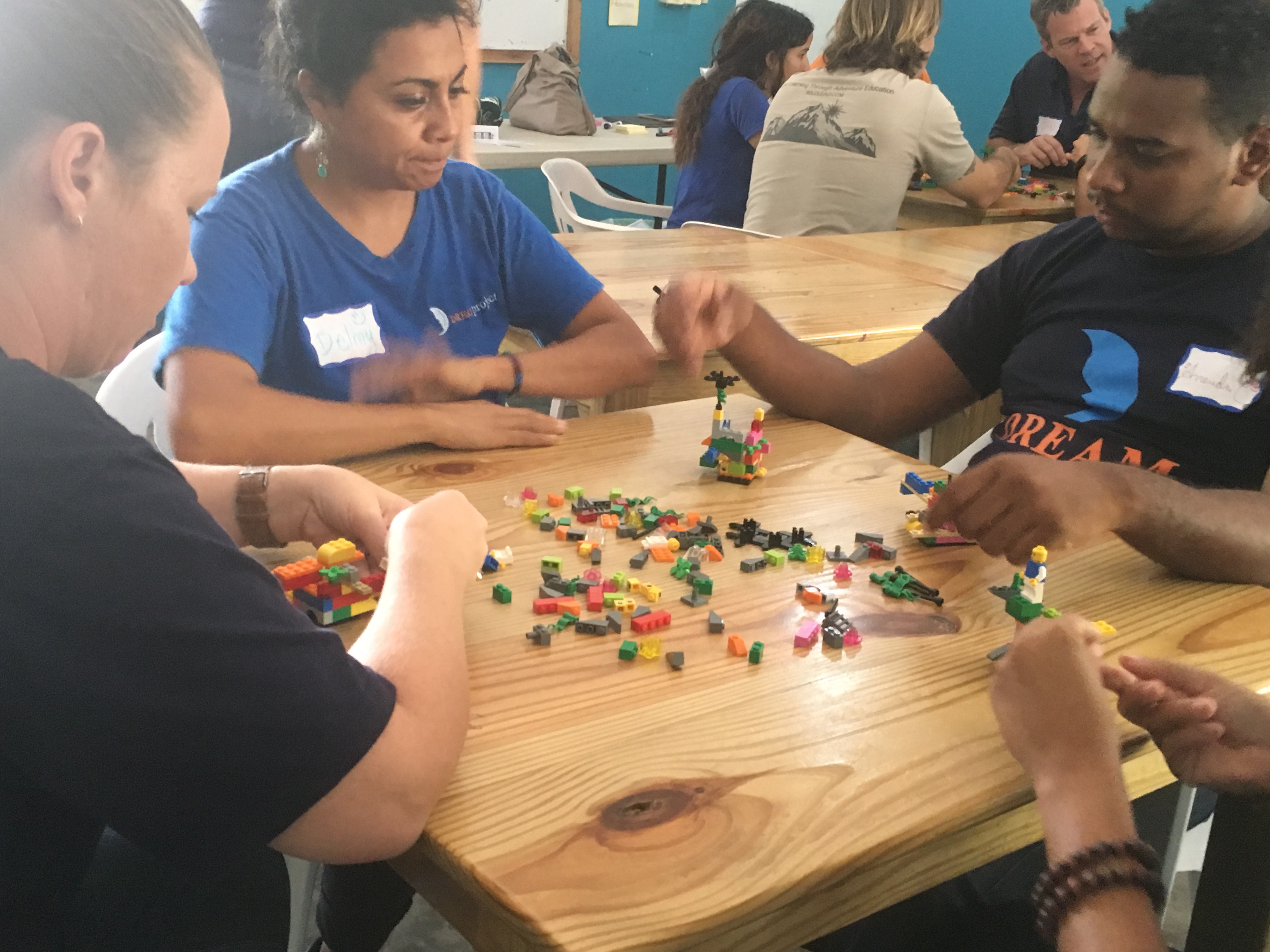 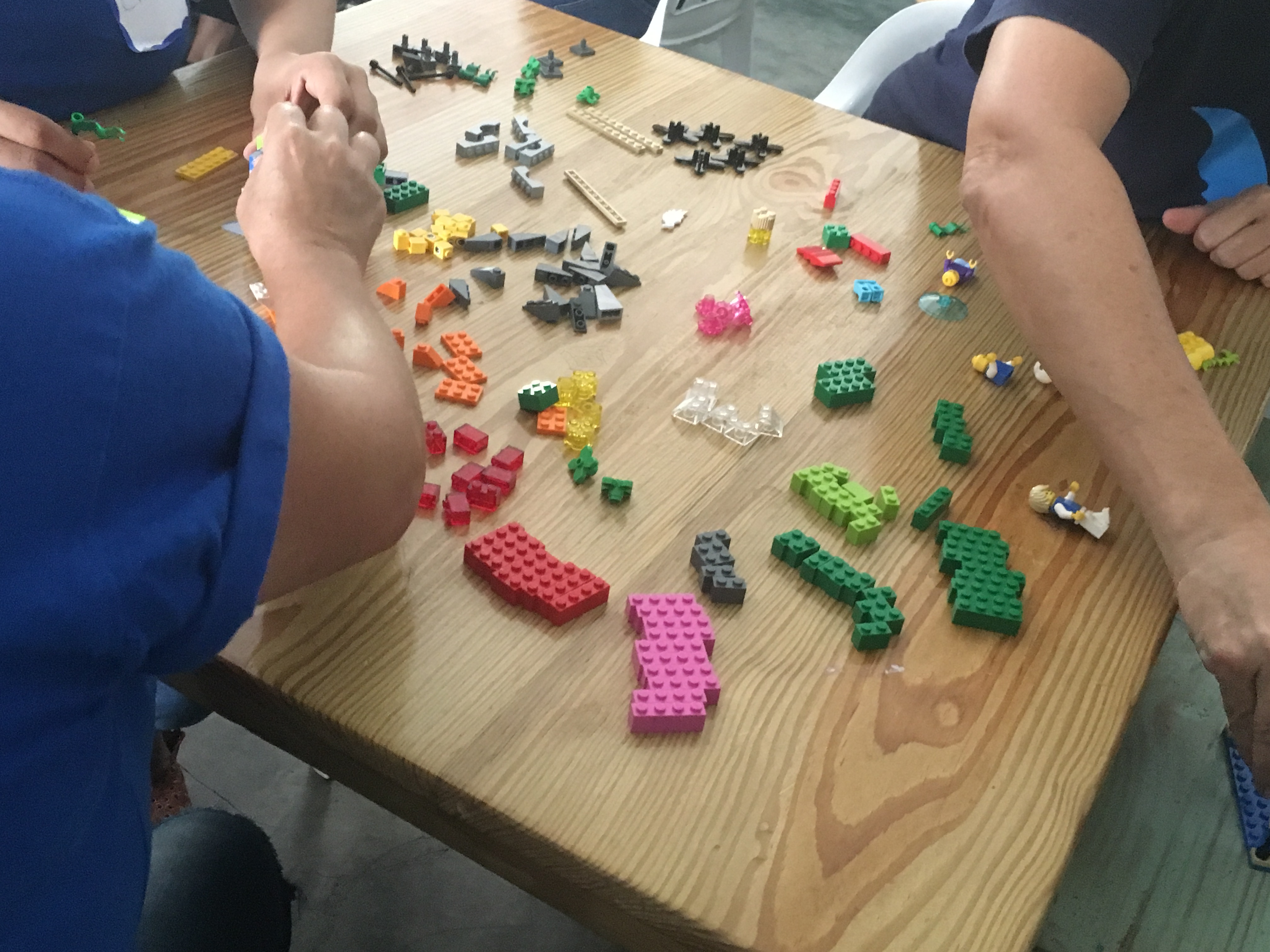 From Christal Earle, founder of Brave Soles…
Recently, Brave Soles had our first official team building workshop – in our tire production centre around a big table and sitting on benches. We also had a surprise visitor show up: Lego.

It was a pure joy to experience.

When Carol Vickers, our Team Culture coach, first suggested using Lego, I have to admit that I was hesitant. Looking back now, I realize that it was the perfect way to start a conversation with our team.

I had told our sole production team that we would be taking the afternoon off to do some learning. They were hesitant and smiled politely as I told them to keep an open mind. I had no idea that it wouldn’t just be them who would be impacted by what we did. In fact, I was amazed at what happened.

But first, to fully appreciate our experience, you have to be able to understand why we chose Lego.

The large majority of our tire production team comes from backgrounds that would be hard to imagine. From former child slaves to political refugees, our team has a very different life experience than many of us.

But the one thing we discovered that we have in common is the pull to nurture our imagination and relationships.When the Lego bags were emptied onto the large table, there was a stunned silence for about 2 seconds. But then, everyone erupted in raucous laughter, eagerly reaching for the bright, enticing little blocks, bobbles, and lego accessories. Faces were transformed into playful smiles as they dug into the mountain of Lego.

In fact, people even moved closer together, laughing with delight at what each other was creating as they relaxed into a state of comradery and connection.

As Carol guided us through a series of questions that we answered via our colourful creations, I had the opportunity to observe how each team member interacted with the invitation to invent with the Lego. I wanted to better understand what they connected with and why.

In a short amount of time, I learned a lot about our team and how they see the world.

IT SIMPLY FELT GOOD TO REALIZE THAT WE ARE BUILDING SOMETHING TOGETHER.

This program exceeds the ICF requirements for applying for the Associate Certified Coach (ACC) credentials through the Level 1 pathway: The Gold Standard in Coaching | ICF – ACC Paths (coachfederation.org)

For further information and a “suitability” conversation, contact Carol at carol@carolvickers.com

This program was designed to educate and facilitate the skills needed for professional coaching in the specific niche of supporting parents and families through pregnancy and infant loss.  Profound understanding of the journey, together with deep coaching skills, mentoring and self-awareness bring the key components of this program to help the coaches find within themselves the strong core to be of service in this important area of coaching.

Students are guided through a simple, powerful model of coaching to access the deep conversations with their clients. Tools and exercises are taught to engage with clients in a time when they most need the support and to be with them as they transition and transform in their process.

​The goal of this program is to have students confidently coaching at the level of a ACC coach.  The program has been rigorously reviewed by the International Coaching Federation (ICF) and is accredited at the level of Level 1.

The next cohort of this incredible, important training begins in March 2023.  Please be in touch if you have any questions about beginning this amazing journey to become a professional coach.  Limited seats. You can register here.

This website uses cookies to improve your experience while you navigate through the website. Out of these cookies, the cookies that are categorized as necessary are stored on your browser as they are essential for the working of basic functionalities of the website. We also use third-party cookies that help us analyze and understand how you use this website. These cookies will be stored in your browser only with your consent. You also have the option to opt-out of these cookies. But opting out of some of these cookies may have an effect on your browsing experience.
Necessary Always Enabled
Necessary cookies are absolutely essential for the website to function properly. This category only includes cookies that ensures basic functionalities and security features of the website. These cookies do not store any personal information.
Non-necessary
Any cookies that may not be particularly necessary for the website to function and is used specifically to collect user personal data via analytics, ads, other embedded contents are termed as non-necessary cookies. It is mandatory to procure user consent prior to running these cookies on your website.
SAVE & ACCEPT